Brands to the Rescue: A Source of Goodwill or a Sign of Decline? 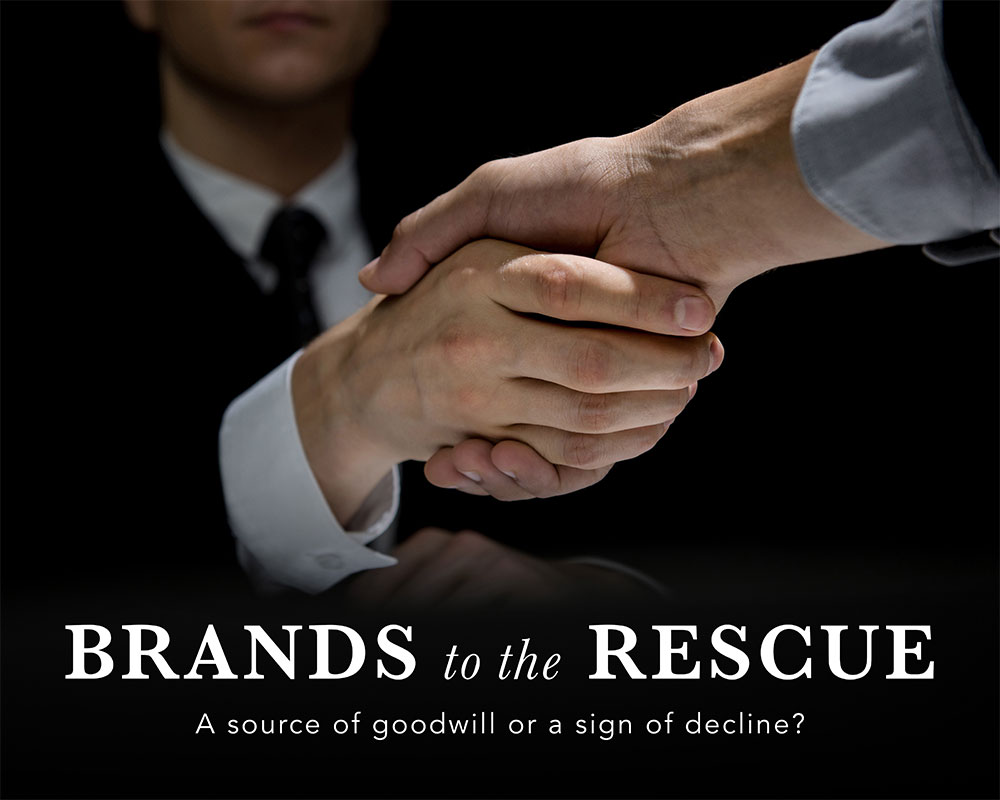 The concept of corporate social responsibility is nothing new. For decades, companies have developed internal and external initiatives related to their industries to give back – whether it’s to their local communities, the environment or their employees. With today’s consumers becoming more socially conscious, CSR initiatives create goodwill and usually have positive effects, so what’s not to love?

Sometimes, companies launch social good-focused campaigns that highlight the absurdity that, in the world we live in, brands are addressing problems and filling roles typically assigned to nonprofits – or, ideally, our government. While there may be no quarrel with their efforts, it certainly serves as a commentary on the structure of our society today. Below are a few of the more interesting examples.

Your first question might be, “What does pizza have to do with potholes?” Well, the connection is there, if not slightly tenuous: Your pizza will arrive at your home in better condition if the delivery car isn’t bouncing from pothole to pothole. OK, we can buy that. And nobody likes potholes, so as long as they’re getting fixed, people will be happy. But there’s something downright dystopian about living in a world where a pizza delivery chain is leading the charge on infrastructure improvements.

Maxwell House is giving you Labor Day off.

Speaking of shaky brand connections, Maxwell House, purveyor of the coffee tin full of sewing materials at your grandmother’s house, launched a #LaborOnLaborDay #contest this year. The idea was to invite people to share a photo of themselves or someone they know who had to work on Labor Day for the chance to win a $150 Visa gift card – roughly equivalent to a day’s pay (if you make $18.75 an hour).

It’s well-meaning, if a little ingenuous. The contest ran during Labor Day weekend, meaning the winner didn’t actually get Labor Day off, and it ignores the fact that many people may not be able to take time off at all. But I also don’t know anyone who would turn down $150, so we can let it slide.

KFC wants to pay for your child’s college tuition.

Sept. 9, 1890, is the birthday of the legendary Colonel Harland David Sanders, the goateed man behind the Kentucky Fried Chicken empire. To honor his deep-fried legacy, KFC announced that the first baby born on Sept. 9, 2018, would receive an $11,000 contribution toward his college education. There’s just one catch: The baby has to be legally named Harland.

College affordability is a huge issue in our country, and it’s nice of KFC to want to help a child start out on the right foot. But with the average college tuition for a four-year public university running anywhere from $20,000 to $36,000 per year, you might ask yourself if $11K is enough to make it worth your child having to explain why his name is Harland for the rest of his life.

Infrastructure, paid leave and college tuition are all important issues currently being discussed in the halls of our government. While they do that, companies have found that it pays (in good PR) to step in and fill the void. So do we judge the institutions that are failing to provide these services to their constituents, or do we judge corporations for inserting themselves in an effort to get some positive coverage? Maybe we just roll our eyes while pocketing that $150 gift card. Money is money … right, Baby Harland?