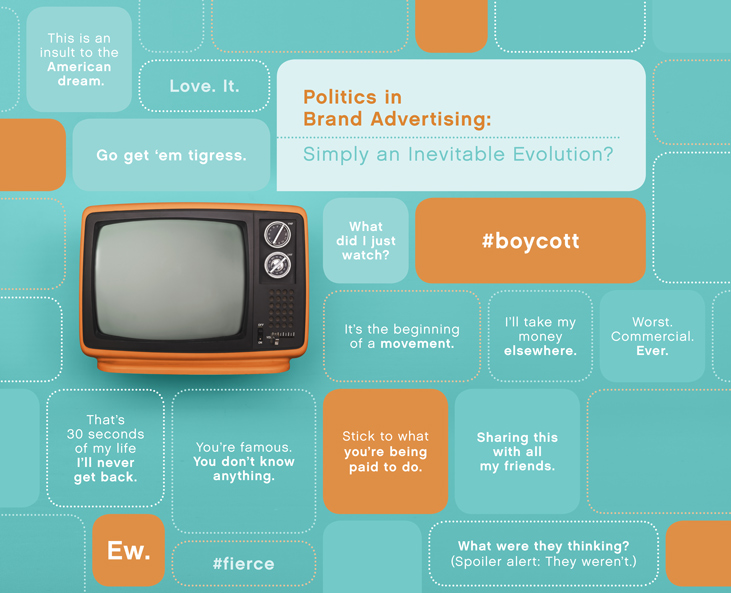 It’s hard to escape the heated political environment of today. As we found out during the Super Bowl, advertising is not immune to this either. Brands such as Anheuser-Busch, Budweiser and Coca-Cola were accused of airing politically charged ads, and suddenly hashtags such as #BoycottCoke and #BoycottBudweiser started to appear across social media. But is this truly a new phenomenon, or are we just more sensitive to it in this current political climate? I couldn’t help but think that select brands have always pushed the envelope with socially controversial issues. Is politics just the next logical step for today’s brands – especially those that strive to be transparent and authentic?

In 1971 Coke aired a commercial with a multinational, multiracial crowd of young people singing “I’d Like to Teach the World to Sing.” This ad was considered groundbreaking for its multicultural element. The song originated as “Buy the World a Coke.” Bill Backer came up with this jingle after being stuck in an airport in Ireland where people of all races and nationalities were in a bad mood due to flight delays. The atmosphere lightened when they bonded over the bottles of Coke they were drinking. At that moment, he thought that if he could buy everyone in the world a Coke, it would send a message of peace and love. And the famous song was born! Yes, it sent a message of unity, peace and harmony, but more importantly, it affirmed Coke as a global brand with a social conscience.

In 2004 Dove created a groundbreaking campaign called “Real Beauty.” It began with a billboard that showed women in their underwear. Scantily clad models in advertising are neither new nor particularly controversial – until you realize that these are not your usual “skinny” models but real women of more typical sizes and different ethnicities. This campaign caused quite the stir! But it made an impact, challenging social norms of beauty in advertising. Dove has run this campaign for the past decade and has released videos such as “Evolution” and “Real Beauty Sketches” which tackle female self-confidence head-on. The “Real Beauty” campaign continues to challenge our ideas about what makes women beautiful. 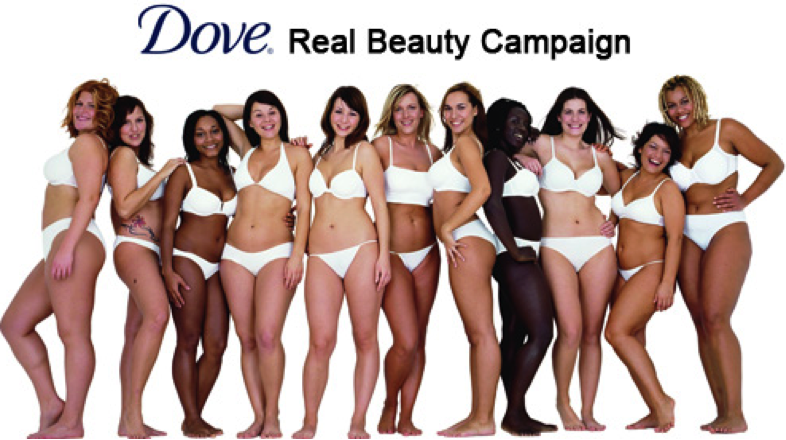 Other companies have tackled controversial topics over the past few years. In 2014 Honey Maid launched its “This Is Wholesome” campaign. It began with a commercial featuring different types of families: a single dad, a rocker family, an interracial family and a two-father family. This heartwarming ad labeled these families as “wholesome,” causing a backlash and outrage. But Honey Maid doubled down on its campaign by releasing this ad, called “Love,” as a response to the controversy.

Honey Maid isn’t the only company to address the topic of interracial families. In 2013 Cheerios released a commercial for its “Good for Your Heart” campaign that featured a family with a white mother and a black father. Cheerios is a long-standing brand associated with families. Even though there was a backlash, Cheerios felt it was representing the changing face of what families look like in the 21st century and stood behind its ad.

Alhough it may seem more prevalent now, socially controversial advertising is nothing new. Advertisers will continue to push the boundaries of social norms as well as reflect our ever-changing culture, much as they have done in the past. Politics is just the logical next step. Perhaps as a result of the recent divisive presidential election and the passions it ignited, we are more sensitive to such political ads. But, as controversial subjects go, the ads of the 2017 Super Bowl were arguably a soft step into political controversy. Perhaps one day we will look back at these ads and wonder, “What was all the fuss about?”