Case 1 – Eat Popcorn!
James Vicary is seen as the father of subliminal messages in advertising. In 1957 he claimed to have conducted a study with hidden messages in movie theaters. The idea was to repeatedly show a single frame in a film telling people to “Eat Popcorn” or “Drink Coca-Cola.” Allegedly this technique spiked sales of popcorn and Coke at the tested theater. After failed attempts to re-create his study, Vicary admitted that the results were fabricated to draw attention to his marketing business.
The paranoia stoked by his claims is believed to be responsible for the United States and the United Kingdom banning ads that attempt to control consumers subliminally. Even today, many people believe Vicary’s fabricated tale to be an actual study that proved that people are susceptible to devious, mind-controlling, profit-driven marketeers.

Case 2 – Teatime
Inspired by Vicary’s hoax, Johan C. Karremans, Wolfgang Stroebe and Jasper Claus conducted a study on a test group of 61 volunteers. They used Lipton Ice Tea versus mineral water to determine if subliminal advertising (otherwise known as “subliminal priming”) had any impact on the viewer. When exposed to flashing frames in videos with the message of “Lipton Ice,” the results of the test were interesting. The viewers chose Lipton Ice slightly more than mineral water, but only if they were thirsty. The subliminal message did not have any effect upon those who were not thirsty.
Case 3 – Remembering the Negative

Researchers at the University College London conducted a study similar to the previous examples. They flashed words that were positive, negative and neutral. The words were shown quickly enough to be noticed, but not long enough to be fully perceived. Viewers were asked to identify the emotional value of the words. Negative emotional words were identified 77 percent correctly, whereas only 59 percent of positive words were identified.
These results may derive from our instinctive tendency to identify threats out of self-preservation. In advertising, this would appear to be a good technique for political smear campaigns. Flashing negative words about your opponent would resonate more than positive flashes about yourself.

In 2000, the George W. Bush presidential campaign used this technique against Al Gore by flashing “RATS” in a campaign ad that slighted Democratic health care policy. The Bush team did not admit to this technique, but nonetheless pulled the ad from circulation.
So, is subliminal advertising effective? Maybe. Maybe not. The prevailing research evidence so far suggests it is not (Moore, 1992).
Sensory Cues in Advertising and Marketing – Effective or Not?
Unlike subliminal verbal messaging, a plethora of research exists demonstrating the efficacy of sensory cues to influence brand purchase behavior. Here’s a short list:

But beyond these more basic effects of sensory cues lies the much richer world of communicating what you want your brand to say without saying it verbally – that is, by managing the right sensory cues.
Another problem with verbal messages, besides not working effectively in subliminal presentation, is that words are imprecise. If you wanted a brand to communicate “contemporary sophistication,” how would you express that through sensory cues?
At Six Degrees, we do that by conducting sensory research with a brand’s target audience. We expose them to galleries of stimuli (e.g., visual images, sounds, scents) and have them select those that best represent “contemporary sophistication” to them. On the basis of their selections, we can build a sensory model of how to communicate “contemporary sophistication” (or whatever the brand is trying to communicate) through the appropriate senses. This is one of the key pillars of our psycho-sensory approach to branding, marketing and advertising.
Only 7 percent of human communication is based on words and the rest is based on sensory information (Mehrabian, 1981). Most marketers are spending far too much of their efforts on verbal messages and not enough on sensory messages. And unlike subliminal verbal messages, sensory cues communicate effectively.
References
Hultén, B., Broweus, N., & Van Dijk, M. (2009). Sensory Marketing. Palgrave Macmillan.
Mehrabian, A. (1981). Silent Messages: Implicit Communication of Emotions and Attitudes. Belmont, CA: Wadsworth.
Moore, T.E. (1992). Subliminal Perception: Facts and Fallacies. Skeptical Inquirer, 16 (3).
Rieunier, S. (2002). Le Marketing Sensoriel du Point de Vente.
Smith, P.C. & Curnow, R. (1966). ‘Arousal Hypothesis’ and the Effects of Music on Purchasing Behavior. Journal of Applied Psychology, 50 (3), pp. 255-256.
Spangenberg, E.R., Crowley, A.E. & Henderson, P. (1996). Améliorer l’Environnement du Magasin: Les Signaux Olfactifs Affectent-ils les Évaluations et les Comportements? Recherche et Applications en Marketing, 11 (4) pp. 71-92. 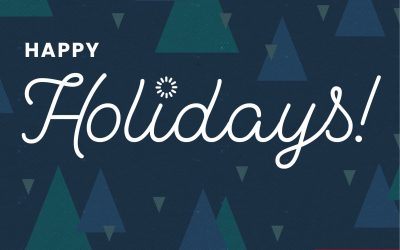 END_OF_DOCUMENT_TOKEN_TO_BE_REPLACED

Before we jump into the fascinating world of luxury brands and their marketing, we have to start with the definition...