What’s the first thing that comes to your mind when you hear the word “Christmas”? Christmas shopping, Christmas songs, Christmas cookies, Christmas movies, Christmas lights, Christmas cards? The list goes on. It means something different for everyone, but it has become so much more than a holiday, evolving into a season that begins the second Halloween ends, if not before. It’s THE season of giving fueled by brands happy to ramp up production and promotion to make their wares available to eager consumers seeking to spread their holiday cheer through gifting.

If you thought Valentine’s Day was the biggest card holiday, you would be wrong. Christmas holds that honor with 1.6 billion cards purchased, which is (in case you were wondering) over a billion more than Valentine’s Day! It’s no surprise then that they have capitalized on this “Hallmark Holiday.” However, even more so than the cards, it’s the Countdown to Christmas special that airs on the Hallmark Channel that really captures the spirit of Christmas. It’s the heartwarming stories where, for example, the busy, out-of-touch businessman from the city falls in love with the small-town baker that captures the holiday spirit, making Hallmark and Christmas inseparable.

Affectionately referred to as the “Queen of Christmas,” Mariah Carey’s smash single “All I Want for Christmas Is You” is the most played Christmas song in the digital era with nearly a billion streams on Spotify and is certified 8x Platinum. She’s made over 60 million dollars in royalties off that song alone since its release in 1994. The song’s success has also landed her as the host of Christmas specials year after year.

Alongside Mariah Carey, Michael Bublé comes alive during the Christmas season. His top two songs are both Christmas songs with “It’s Beginning to Look a Lot like Christmas” and “Holly Jolly Christmas” having 500 million and 290 million plays on Spotify, respectively. It’s nearly impossible to get through the holidays without hearing a Bublé song in a movie, at a retail store, or on a commercial.

Russel Stover, Godiva, and Ferrero Rocher are just a few of our favorite boxed chocolate brands that contribute to the 775-million-dollar chocolate holiday, outselling both Valentine’s Day and Halloween to make it the number two chocolate holiday of the year, behind Easter. This comes as no surprise as much of the holiday is centered around giving and indulging in your favorite sweets, the perfect storm for chocolate lovers.

Every culture has different holiday traditions and associations. But these are some of the most iconic brands for most Americans during the Christmas Holiday.

END_OF_DOCUMENT_TOKEN_TO_BE_REPLACED 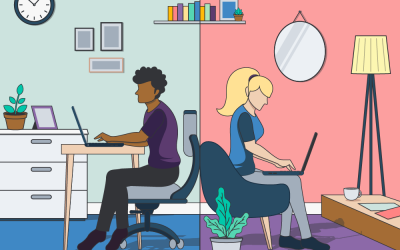