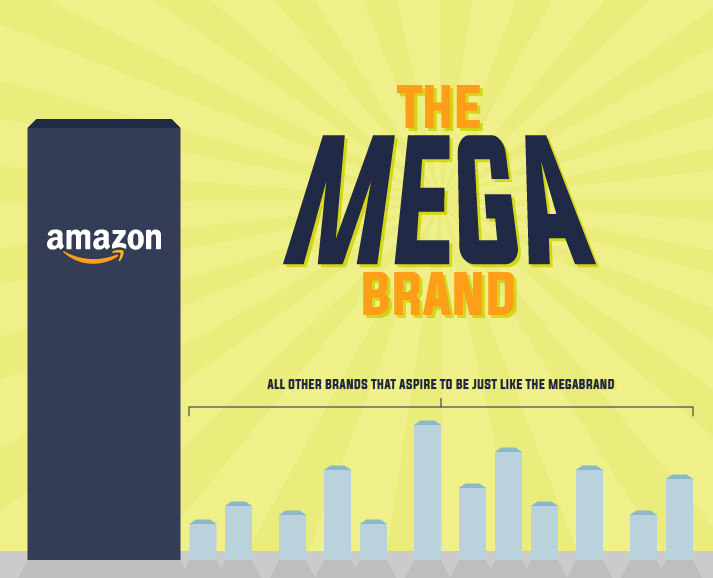 Back in 2008 I saw the Pixar movie “WALL-E.” It was loaded with subtext, but the thing that stood out to me was the megacorporation Buy N Large (or BnL), which was the sole consumer monopoly on Earth. They were the only retailer left on the planet, and they were also the government. This, I felt, was not that far-fetched. My initial thought in 2008 was that Walmart would become BnL. With the ensuing Internet consumer trends, however, Amazon now seems the most likely entity to become Buy N Large – the Earth’s megabrand.

I understand this is a bit premature. Amazon doesn’t supply health care, run the government, manufacture automobiles, create robotics, or own (all) the news media … yet.

With Amazon’s recent acquisition of Whole Foods, the grocery market has taken notice. Stock prices of all of the major grocery chains dropped immediately with the news of Amazon entering the food market. This seemed to be the big headline about Amazon in the past few weeks, but there was one other move that Amazon made that didn’t get as much attention: Prime Wardrobe.

Prime Wardrobe is a new concept that Amazon is currently beta testing on an invitation-only basis. The idea is that you can select up to 15 items of clothing, deferring payment until the box arrives and you have a chance to try everything on. You keep what you like and ship back the rest in the same box for free. The more you keep, the more you save. Now you can try on clothes through Amazon.

Why is this a big deal? Big-box retail clothing giants are already feeling the heat of Amazon. Macy’s stock has dropped almost in half in the past six months. The same holds true for J.C. Penney. This lack of performance has caused them to close a large number of locations. Sears, Kmart, The Limited, Staples and several other large retailers have closed many stores as well. Quite simply, Amazon is destroying big-box retailers in the same fashion that the big-box stores edged mom and pop stores out of business. With Prime Wardrobe, this could be the final nail in the coffin of shopping malls.

Purchasing everything online is the next evolutionary step in retail. I’m sure there will always be some kind of outlet to shop at bricks-and-mortar locations. There are still people who like to experience the shopping sensation of browsing and trying things on at the store. I am not one of those people. I love the concept of Amazon. But where does it end?

When the malls are gone and replaced by the Amazon return center and grocery stores are also run by Amazon, what will be next? I can’t imagine Jeff Bezos will be content with dominating only retail and food. The next step will be health care, banking and so on.

I believe Amazon will become the ultimate megabrand, even if it does not totally dominate the world like the fictitious Buy N Large. It is pretty amazing to see how someone took an online bookstore and built it into what Amazon is today. Maybe there will be a change in the future of retail that is unseen right now, like the Internet was 30 years ago. Until that happens, I can’t see Amazon slowing down. The only hope would be that Google or another large company gets into the game to create some balance in the marketplace. As of now, AliBaba.com is the e-tail behemoth standing in the way of Amazon’s global dominance. You can even make a case that the Chinese juggernaut is in at least as strong of a position to become Buy N Large. But would you bet against Amazon’s hyperingenuity?

Got to go. I think I hear the drone delivering my Amazon Prime Now package.