How Can You Make Product Design More Creative AND More Sustainable? 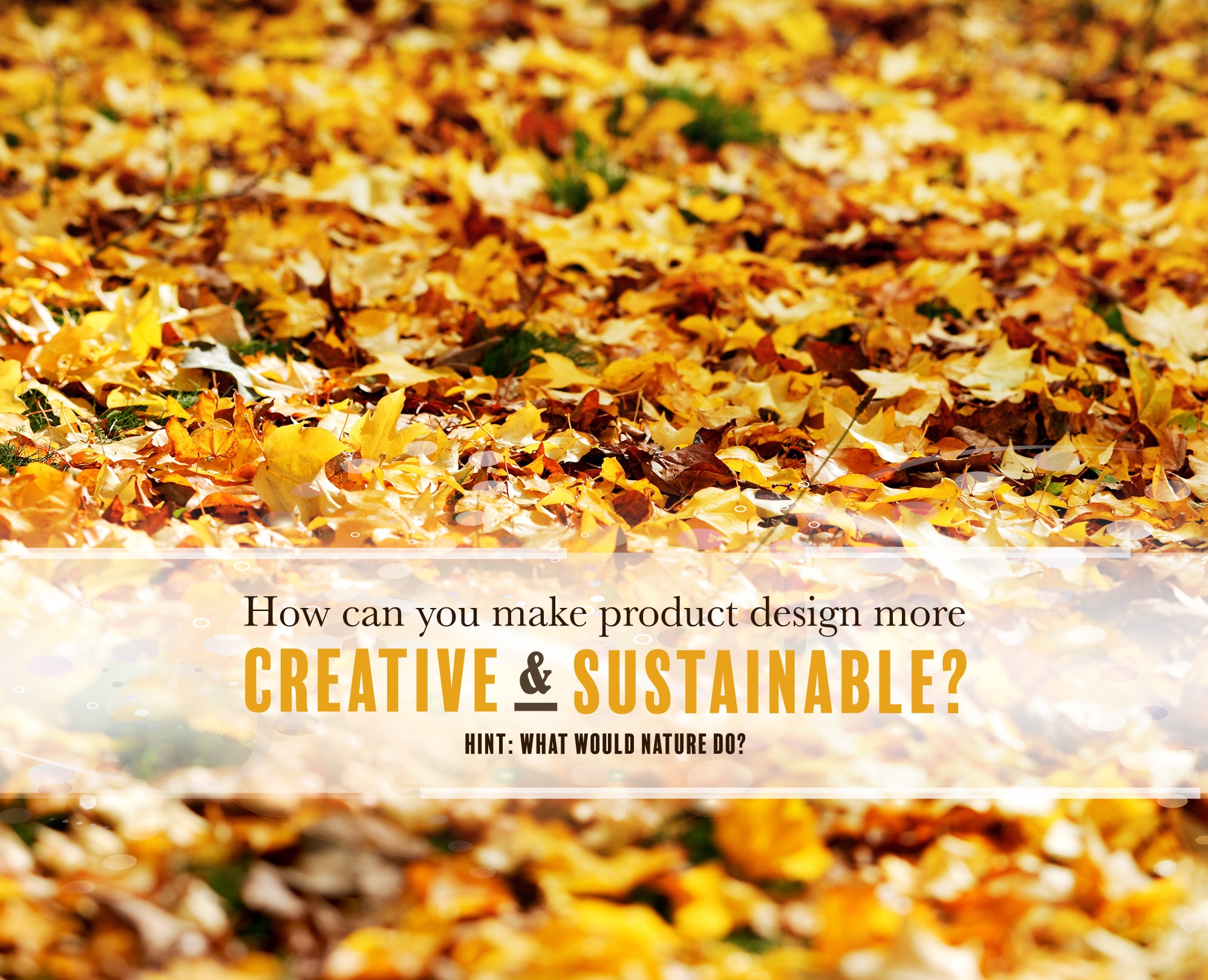 Hint: What Would Nature Do?

If you’re like most people, you’ve never heard the term “biomimicry” before. While it is a brand-new official field of study, biomimicry has been around for as long as mankind has existed. “Bio-” meaning life and “-mimicry” meaning the action of imitating, biomimicry is the act of consciously emulating nature’s genius to create conditions conducive to life. The organisms that surround us are champion species. Species that have learned over time the strategies necessary to survive for the long haul, a lesson we humans would do well to learn. Biomimicry seeks to learn these lessons and emulate them in our products, processes and systems toward a more sustainable future.

Luckily for those of us just entering the field, the Biomimicry Institute has done most of the legwork. After intense study and research, it has developed what it calls Life’s Principles: 26 strategies that every organism employs to create conditions conducive to life. Today we’re going to look at just one of those principles: “Reshuffle Information: Exchange and alter information to create new options.” We will also look at the biology that influenced InterfaceFLOR’s Entropy carpet tiles, which have resulted in $430 million in savings by diverting 200 million pounds of waste from landfills since 1995.

Through a series of workshops led by Biomimicry 3.8, the InterfaceFLOR team was challenged to find out how nature designs floors. What it discovered when wandering through a forest is that the ground is composed of “ingredients” in which no two things are identical. Rather, the forest floor is composed of random objects varying in size and shape and in multiple hues of different values. The team dubbed this “organized chaos.” Despite the randomness of the floor, the overall aesthetic of the whole maintains continuity despite disturbances of wind or critters mixing up the ingredients. From this organized chaos, Entropy was born: carpet tiles of varying patterns and colors, any one of which could be placed next to another at random and maintain an overall aesthetic integrity. In a world where carpet is traditionally uniform and monotone, this idea was revolutionary. The team discovered that, by creating the tiles in such a way, it is possible to merge dye lots because the material color doesn’t have to match perfectly. This means that customers no longer have to buy large quantities of backup tiles because any run would fit seamlessly when the replacement of individual tiles is needed. Nor do imperfectly colored tiles need to be discarded, eliminating large amounts of waste.

InterfaceFLOR’s Entropy product emulates forest floors by reshuffling information in the form of highly variable carpet tiles to extend the life of the product, replacing one tile at a time instead of scrapping an entire carpet, and diverting waste from our quickly growing landfills. Following the success of Entropy, InterfaceFLOR has developed a full line of carpet tiles called i2 Next Generation Modular Carpet, based on the principles of Entropy.

Their biomimicry story doesn’t end there. InterfaceFLOR has made it its mission to leave zero environmental footprint by 2020 and has gone on to emulate many biological strategies in both its products and organization to fulfill that goal. Read the full case study here.

Perhaps the most intriguing aspect of biomimicry is its ability to be applied to a variety of disciplines, such as business, engineering, architecture, design (like us!), branding (us too!), theater, etc. The next time you’re seeking a solution to a problem, a process we go through every day here at Six Degrees, ask yourself: “How can I exchange and alter information to create new options?” Who knows? You might just find a solution that nature herself approves of.

Life’s Principles by Biomimicry 3.8 is licensed under CC BY NC SA ND.