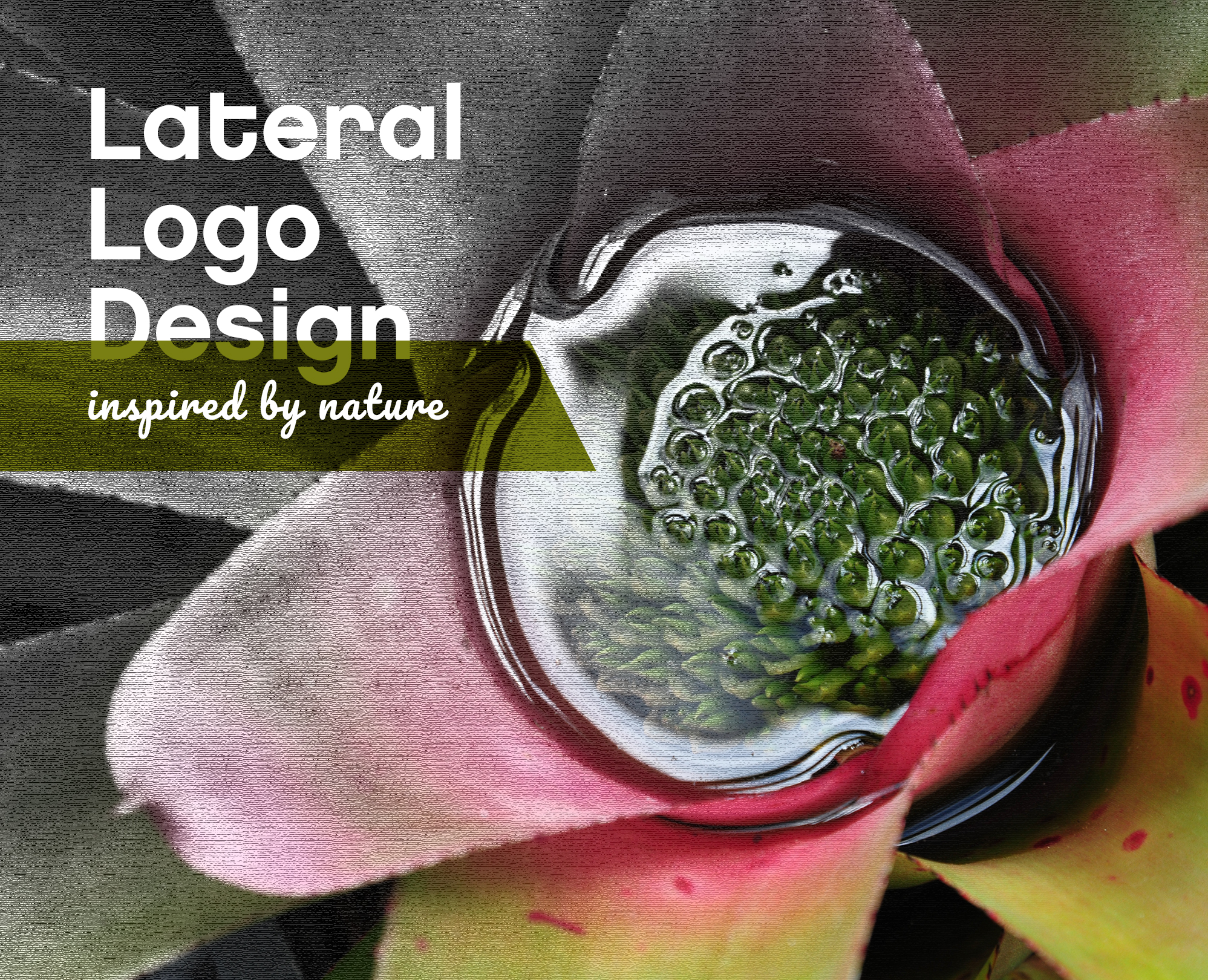 Lateral thinking is defined by the Cambridge Dictionary as “a way of solving a problem by thinking about it in a different and original way and not using traditional or expected methods.” Indeed, this is the ultimate challenge for every graphic designer, especially in branding. In a world saturated by graphic design and advertisements, it’s easy to think that everything has already been done.

Alexey Brodovitch was an art director for Harper’s BAZAAR for nearly 25 years and is credited with introducing the modern graphic design style that originated in Europe to the United States. Interestingly, on his rise to the top, Brodovitch won a design competition where Picasso was the runner-up. Brodovitch was famous for his photography direction: “If you see something you have seen before, don’t click the shutter.” In other words, do something completely new every single time. However, this video compilation of identical Instagram photos hints that the general population has clearly never heard of Brodovitch, nor his words of wisdom. 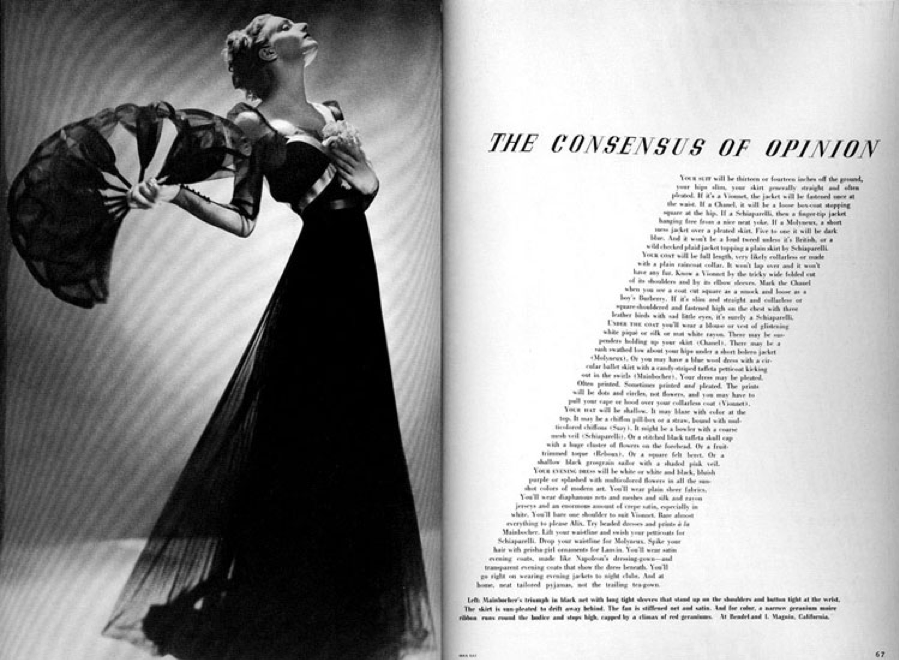 A Harper’s BAZAAR magazine spread directed and designed by Alexey Brodovitch, who believed that type could be just as compelling as a photograph.

Cue biomimicry: an approach to innovation that looks to nature to inspire sustainable design solutions. I like to think of biomimicry as a method for achieving lateral thinking. Biomimics – those who practice biomimicry – are taught to distill problems down to their root function; only then do they solve for that function. By doing this, they eliminate any preconceptions of what a product should be or how it should work, instead opening up the problem to all kinds of innovative solutions.

What does that look like in action? Let’s say you’re looking to invent a sustainable product in the water industry and you decide to narrow it down to the world of water bottles. So your challenge is: design a sustainable water bottle. We’ll keep it simple for the purpose of brevity. You begin by sourcing sustainable, local materials. Next, you design an ergonomic bottle shape that holds the most amount of water with the least amount of energy and material input. Then you plan for chemistry that degrades the materials used with no harmful byproducts. At the end of the day, you’ve developed a water bottle that is sustainably made but lacks true innovation. Unfortunately, sustainability hasn’t caught on as much as some of us had hoped, so it simply isn’t enough to be a game changer in any market.

Solving this problem with biomimicry offers a lateral approach and goes something like this:

You could ask, “How would nature design a water bottle?” But you’d quickly find out that it wouldn’t, leaving you at a bit of a dead end. The first question you ask usually isn’t the right question. So ask yourself, “Why do I need to design a water bottle?” Simply put, to store liquid. This is your product’s base function. Knowing this, you could expand your scope to include not only storing liquid, but filtering or capturing liquid. Thus your question becomes, “How does nature store, filter or capture liquid?” Now, instead of being constrained by traditional thinking, your mindset can shift to any natural strategy that stores, filters or captures water.

Indeed, nature has many strategies to store, filter or capture water without a water bottle. Take, for example, the darkling beetle. These beetles live the Namib desert where water is extremely scarce. It turns out that the microstructure on a darkling beetle’s back is formed in such a way that it captures morning mist hanging in the air and converts it into water droplets that flow down the beetle’s back and into its mouth. Imagine a system, perhaps a backpack or piece of clothing, that was made with this same microstructure. What if we could create a sort of tattoo that imprinted this microstructure on your skin, making water always accessible to you from the moisture in the air? Now that’s innovative. 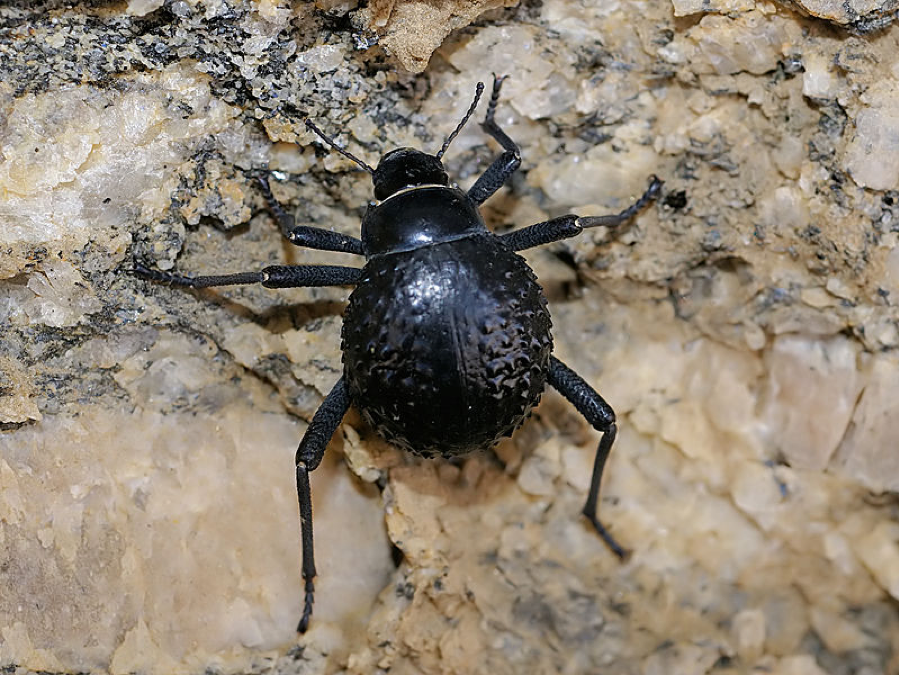 The link between graphic design and biomimicry isn’t as obvious as engineering or industrial design is. So I’d like to propose a simple thought experiment that borrows this function strategy for lateral problem-solving in branding.

Logos can be metaphorical, equating a product or service with imagery that evokes a related feeling or performs the same function. Indeed, metaphorical logos tell the best stories, and that’s what a logo should be: a story. Now, let’s apply the same distilled function of the water bottle to a logo design.

A quick Google search of water bottle company logos reveals imagery such as water droplets, mountains, water ripples, waves, springs, forests and lakes. Though there are many water bottle company logos already established, out-of-the-box research reveals that “there are 8.7 million eukaryotic species on our planet – give or take 1.3 million.” And I’d bet money there’s at least one species that hasn’t yet been mimicked in logo design.

A literature review of organisms that store, filter or capture water reveal an ambundance of nature’s strategies. Greenland right whales take in giant mouthfuls of water and organisms and filter the water out of their mouths through baleen plates of dense, fibrous mats, trapping organisms and particulates inside. The propulsion of the moon jellyfish creates fluid flows that direct prey and particles toward its subumbrellar region (where it takes in food), filtering particulates from the surrounding water. 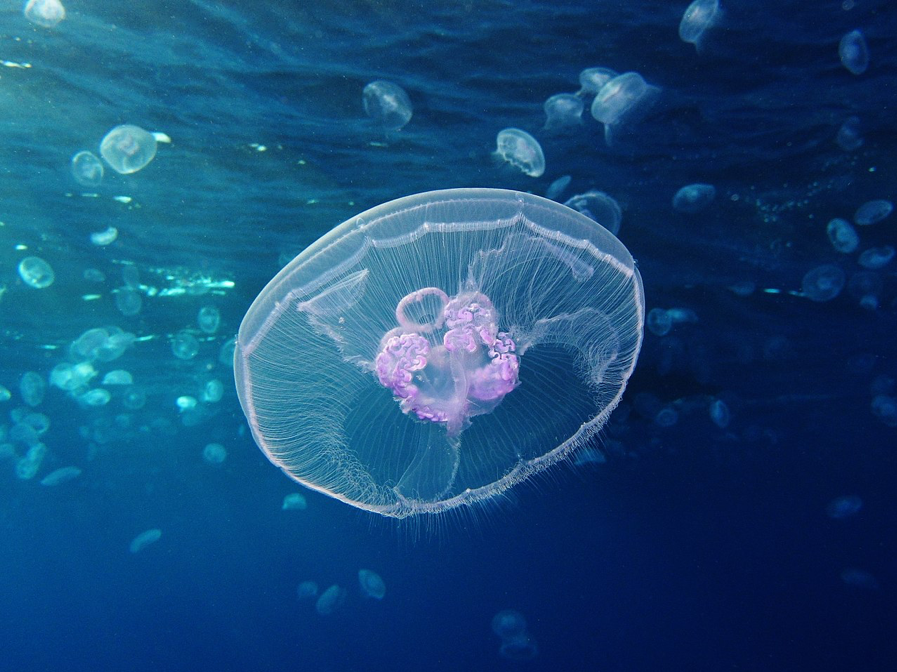 Some plants in the Bromeliaceae family, such as pineapples, store water in their concave leaves via a microstructure that maintains a layer of air between the leaf and water, eliminating any absorption that could keep the plants from storing water. The microstructure that allows it to do this is made of microscopic bumps with tiny hairs on them, which are coated with hydrophobic wax crystals that repel the water and allow for that layer of air. A story like that could lend itself to some compelling metaphorical imagery that is different from everything in the current market.

Of course, logo design is not quite as straightforward as presented here, and realistically, designers must be aware of the context set about by the client and market research. However, it’s a great way to begin thinking about solving problems in different and compelling ways.

For those of us who aren’t biologists, https://asknature.org has done a lot of the legwork for us. Simply search your function and watch the biological strategies roll in. Move over, Pinterest; I’ve got a new (but actually really old) well of inspiration, and it’s 8.7 million species deep.