When Advertising Is Used for More Than Selling Brands 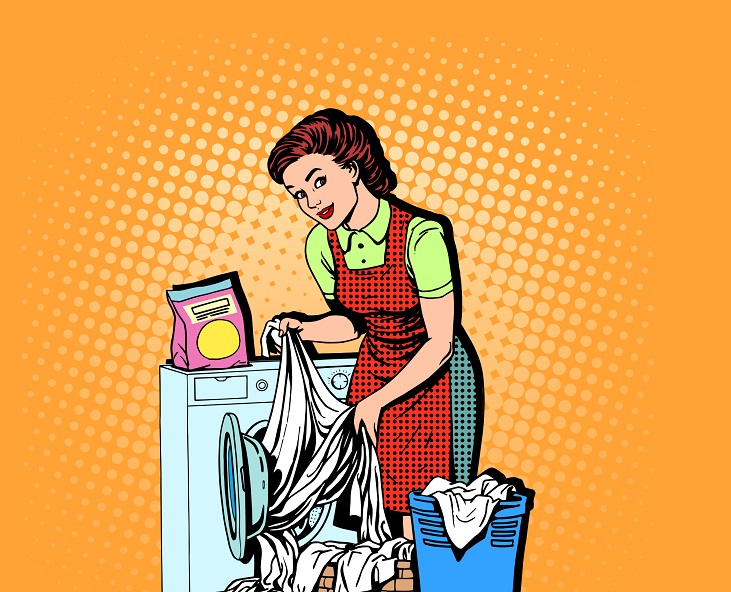 The Darker Side of Advertising

Cleaning was a lot of fun in the late 40s and 50s. At least it seems that way if vintage magazine ads are any indication. Doing laundry was a cheerful event, something to get excited about. Ecstatic even. Washing dishes was a joy and your hands were softer for it. Imagine that! You could be happy vacuuming. And you could be cuter by being a good housewife.

Consider these ads from that era. They seem almost comical today. Undoubtedly, they would be decried as sexist. 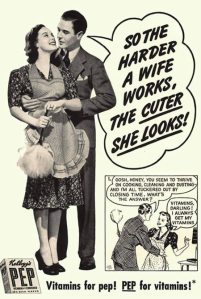 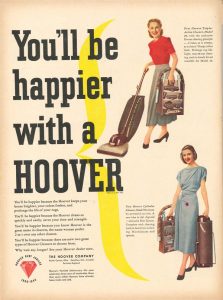 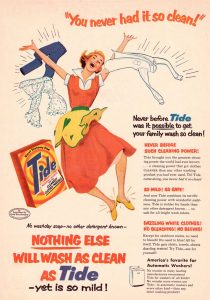 Turns out, the advertising wasn’t so much about dishwashing as it was about brainwashing.

During World War II, the number of women in the workforce rose dramatically. Women took on “men’s jobs” in factories across the country to help with wartime industrial production. In fact, the U.S. government ran an advertising campaign to persuade women that housework prepared them well to perform these jobs. Now they carried the double burden of keeping homes as well as factories running smoothly, giving them a new sense of self-worth and accomplishment in addition to payment for work rendered. At last. And factory jobs paid far more than the sales administration and clerical jobs women were relegated to before the war.

If the wartime state of affairs had continued after the war, the answer would be yes.

But when the war was over and men returned by the millions looking for employment, the advertising machine was cranked back up. This time, it was used to “encourage” women to return to their traditional roles as mothers and homemakers. Re-enter the ads of the time. Advertising messages proclaimed that it was a woman’s civic duty to give up her job to a returning soldier. In fact, with the Revenue Act of 1948, Congress strongly discouraged married women from working.

At the same time, television was also amplifying the pressure for women to return to their traditional prewar roles as wives, mothers and homemakers. Shows like “Father Knows Best” and “Leave It to Beaver” were perhaps the most emblematic of this. Rosie the Riveter was out. June Cleaver was in. The newfound sense of self-worth many women garnered through a paycheck was replaced with the notion of reward from sheer domestic bliss, and yes, the thrill of doing laundry.

It’s hard not to empathize with the many women who felt oppressed by the regression to the status quo ante.

Of course, advertising messages by government and business in those postwar years transcended gender roles. We were engaged in the Cold War against communism and advertising was used to make consumerism a matter of patriotism. Advertising and media were bombarding American citizens with propaganda to buy the latest products. If you wanted to be truly happy, you had to have a Hoover. To keep up with the Joneses, you needed a new car. The 1959 American National Exhibition in Moscow featured the “essential” items that were part the average American home – televisions, major appliances, automobiles and boats – to promote our superior way of life. The public was under tremendous pressure to “have it all” in order to be normal. The creation of credit cards made that easier to achieve but ultimately led to greater anxiety.

As a result, a culture of normalcy developed that gave rise to the ideal of the happy housewife, a sex role stereotype which was shaped and perpetuated by media and advertising for decades to come. The tension between traditional and nontraditional roles for women, not to mention gender inequality in pay for identical work, clearly persists to this day.

Never doubt the power of advertising. Like any other power, it can be used for good or not-so-good.